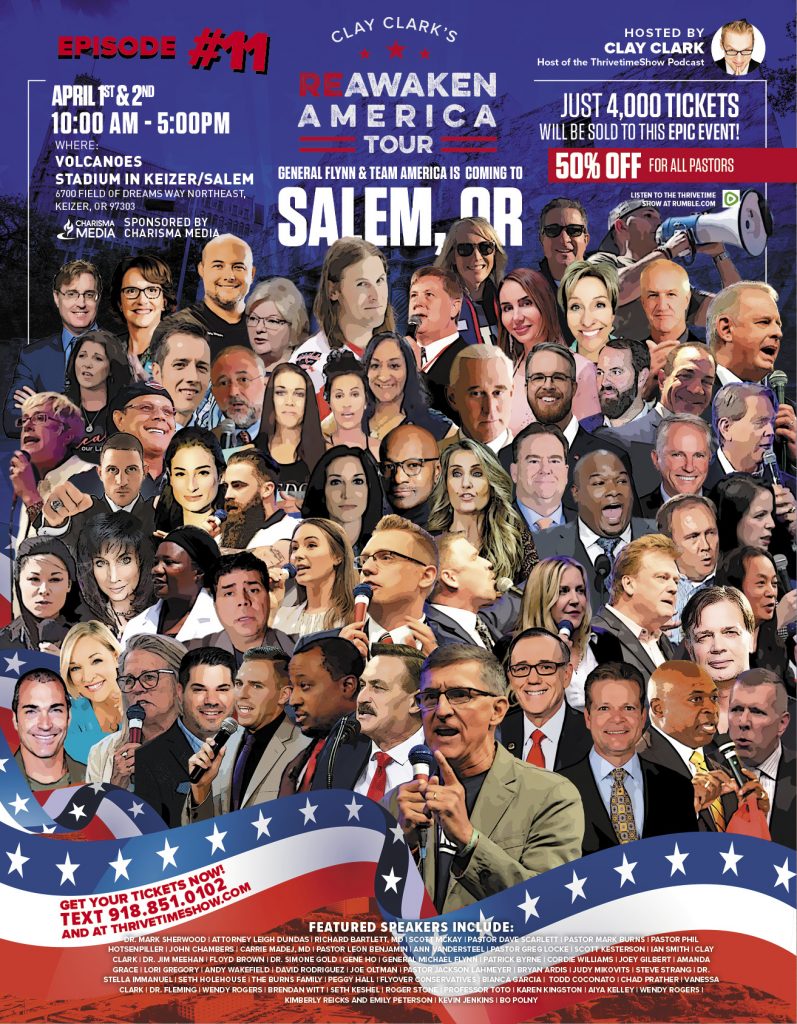 Clay Clark Reawaken America conference on faith, family and freedom is in Salem, OR.  It has moved to a new venue – the Volcanoes Stadium in Kiezer.

The Clay Clark Reawaken America agenda is chock full of patriots, sharing about faith, family and freedom. Being there in person is priceless. Come and join us at the home field of the Salem-Keizer Volcanoes, formerly the Class A affiliate of the San Francisco Giants in the short-season Northwest League.

We highly recommend that you listen to the Clay Clark Reawaken America conference in San Diego to help with your decision.   While much of the faith, family and freedom content in Salem Oregon will be the same, there is just nothing like being there in person.  We make it easy to find a hotel nearby the new venue, the Volcanoes Stadium in Kiezer.

Clay Clark is hosting the ReAwaken America Tour Salem conference. It features a host of speakers about freedom, faith, family, health and conservative family values.  Each of the talks are generally 15-20 minutes.  The speakers will include a wide range of conservative voices.  Here are the ones that spoke in Phoenix, Canton and San Diego, many of which will speak in Salem

If you want to talk about any of the topics that are being discussed at this event or you would like the agenda to the event, join our LIVE FREE Community.