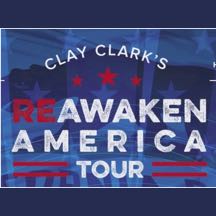 Organizers of the Reawaken America Tour moved the conference which was slated for Redmond to Salem following a conflict with Deschutes County officials over enforcement of Oregon’s mask mandate.  Clay Clark, host of the conference and the Thrivetime Show podcast, said Flynn wanted to take the tour to Oregon. Also scheduled to speak is Roger Stone, a former Trump adviser.

The conference includes guest speakers – including doctors – pastors and conservative politicians and commentators. First scheduled at the Deschutes County Fair & Expo Center, it will now be held at The River Church in Salem April 1-2. When asked about the move from a county facility in Redmond to a church in Salem, Clark said. “I want to be in private venues, particularly churches, which is why every event we’ve had has been organized with a church, and the only one that broke from that pattern was this one in Oregon because I couldn’t originally find a church that was willing to deal with the mask controversy. Then the River Church really wanted to be a part of it, so we moved it to Salem, Oregon.”

Lew Wootan, lead pastor at The River Church, said  “I’m having this event because it isn’t a matter of whether I agree with everybody or not, I think having opposite opinions is healthy for a community,” he said. “I want to give an opportunity for people to speak out against certain things that I don’t believe in. I don’t believe in the mandates, and I don’t believe that it should be mandated. I believe that as an American, and then underneath the constitutional rights, we have a right to choose what what goes into our body. I’m not an anti vaxxer, I’m an anti-mandate,” Wootan told Salem Reporter

To plan your trip to the event: